We travel in our cars and trucks every day never thinking we might be the next victim of a careless, distracted driver. But roads and highways are a dangerous place to be. Devastation and disaster occur every day to people who never dreamt it would happen to them. We must remain vigilant in our daily routine to appreciate this and drive safely. Many people die or suffer life changing accidents every year because of the carelessness of another while operating deadly equipment – an auto, truck, motorcycle, boat, etc.

National data regarding injuries and fatalities involving car crashes is alarming. There are typically over five million car accidents per year in the United States. Approximately 30,000 of these produce fatalities, and more than 2 million people are injured every year in car wrecks.

Over the years, we’ve become more careful and defensive drivers as a result of the experiences of our clients. We hope that we can help others become better able to protect themselves, their families, and others by our observations below. Some of the more common scenarios that make up negligence behind the wheel include:

Every driver owes every other person on the road their full attention while driving. When a driver fails this duty and harms others, the inattentive driver must pay all damages caused. That’s the law. If you’ve been injured in a car wreck as a result of someone else’s inattention or careless driving, you are entitled to be paid for your injuries , and for your harms and losses you are experiencing as a result of those injuries.

Please call us. We can help.

Experienced lawyers see these disingenuous defenses coming from the beginning. We see them. We prepare for them, and know how to deal with them.

If you have been injured in a wreck, do not talk to anyone from an insurance company until you first speak with a lawyer. And be warned, the insurance adjuster or investigator that first contacts you will sound like he or she wants nothing more than to simply get the facts and pay you what you are due. It’s not true. Bottom line, don’t talk to anyone from any insurance company until you’ve spoken with a lawyer.

It’s tempting to believe that justice should be provided to all in this country just for the asking. Afterall, that’s what this country is about, right? Well, yes, but the reality of things changes a bit when money is involved, and there is a lot of money involved in this fight we take on every day. The insurance companies have lots of money, but they want to keep it. There are many ways to go wrong in your case, and you cannot do what needs to be done without a good lawyer. Please call us now and decide for yourself whether we are those lawyers. 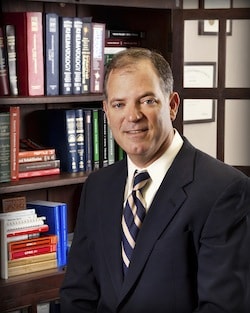 
If you or a loved one has been injured in an automobile accident, contact us today for a free consultation or visit us at 2901 Johnston Street in Lafayette. If you choose Webre & Associates as your auto accident attorneys, you will only owe us money if we collect from someone else on your behalf. No recovery, no fee.

No Recovery, No Fee

To obtain justice through truth. To vigorously defend and prosecute clients' rights.
To restore the public’s faith in lawyers, one person at a time.